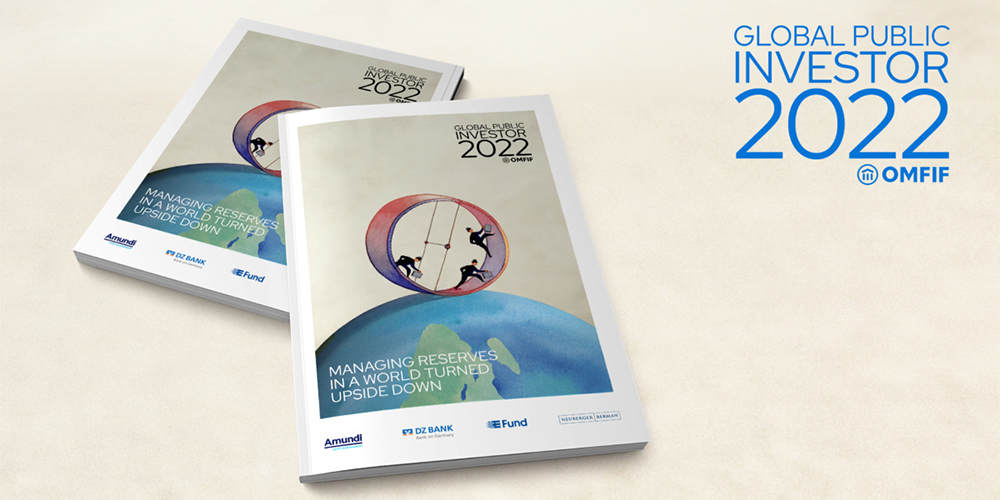 Most central bank reserves managers are resigned to a period of higher inflation and lower returns, according to a report published today by OMFIF.

More than 75% of the central banks surveyed for the 2022 edition of Global Public Investor believe inflation will be sustainably higher or more volatile for a prolonged period. Just 20% of reserves managers think inflation will be transitory.

At the same time, central banks believe the new macroeconomic environment will cause their portfolios to suffer. More than 70% say that they have accepted lower real returns or that their decision-making has not been affected by rising inflation. Faced with volatile and falling markets, capital preservation and liquidity have become more vital than ever for reserves managers, with more than 90% saying these are now their most important investment objectives.

Conducted shortly after Russia’s invasion of Ukraine, the survey found that inflation is the number one concern of reserves managers, closely followed by geopolitics. Central banks are becoming more cautious about deploying their reserves, with just one-third prepared to use more than 30% of reserves in the event of a foreign exchange crisis, compared to almost 60% in 2021. This comes against a backdrop of global central bank reserves rising to a new record level of $16.2tn, representing growth of more than 20% since 2019.

Asset allocations: Reserves managers remain heavily invested in high-grade fixed income, but plan to move to shorter durations in the medium term. Twice as many plan to increase their allocations to gold compared with 2020.

China: More than 30% of reserves managers plan to increase their holdings of renminbi over the next two years. Around 85% of them already own Chinese government bonds. Geopolitical concerns and poor market infrastructure are the main impediments to greater allocation to renminbi assets.

ESG: Most central banks now have green bonds in their portfolios. Social bonds are an increasingly important form of sustainable assets, with 66% of respondents saying they already own or plan to invest in social bonds.

Transparency: Around 60% of respondents believe that reserves management is critical to a central bank’s public reputation.

‘Our research is the first of its kind to reveal how reserves managers – one of the world’s most influential investor groups – are reacting to a generational shift in the investment environment,’ said Clive Horwood, deputy CEO and managing editor of OMFIF. ‘We have moved incredibly quickly from a lower-for-longer rates environment to a higher-for-longer inflation outlook. These will be very challenging times for reserves managers.’