A weak macroeconomic backdrop, rising trade tensions and protectionism, and shifts in global value chains all weighed on global investment flows in 2018. Global foreign direct investment flows fell by 27% over the year to $1.1tn, according to the Organisation for Economic Co-operation and Development. This extended a decline of 16% in 2017. As a share of GDP, FDI inflows in 2018 stood at their lowest level since 1999. This was driven largely by corporate income tax reform in the US, which created an incentive for US parent companies to repatriate earnings held with foreign affiliates. China also recorded a decline in FDI outflows, for the second year in a row, stemming from increasing restrictions on its outbound investment operations as well as a slowdown in domestic growth.

Among recipients, Europe was hit particularly hard. According to OECD data, flows into European Union countries declined by 20%. This was driven by disinvestments in Ireland and Switzerland probably linked to the US tax changes. Another factor was a drop in investment into the UK, owing to the uncertainty over the country’s exit from the EU.

Enter your details to receive a complimentary copy of the report. 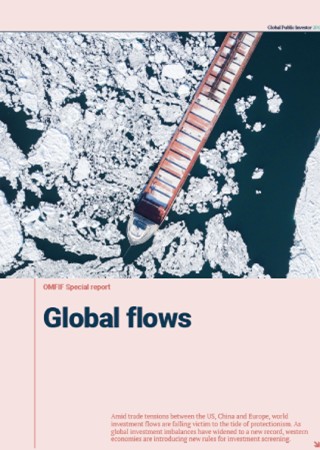