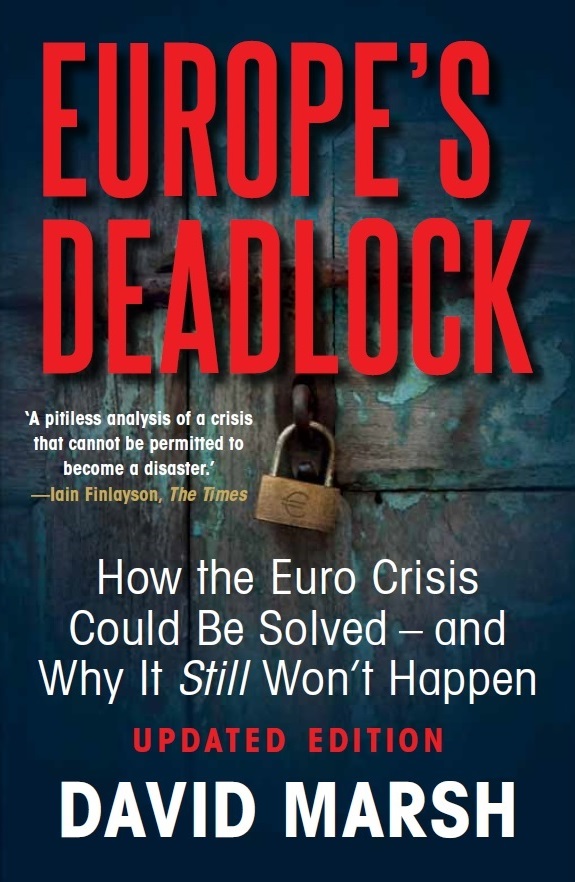 How the Euro crisis could be solved – and why it still won’t happen.

Like a spreading disease, Europe’s upheavals have transmogrified from mere upsets in the fields of twenty-first-century capitalism and economics into a larger and still more pernicious malady, infecting the continent’s psyche and nervous system as well as the body. As a result, Europe faces the most painful and intensive challenge since the Second World War. With new material on the astonishing 2014–15 monetary rollercoaster, this book explains how Europe’s single currency remains at the centre of multiple European crises – with widespread repercussions for Britain’s referendum on European Union membership and on the Old Continent’s relationship with the rest of the world.

Europe’s Deadlock makes a hard-hitting case against ‘muddled thinking, lack of imagination and straightforward incompetence on the part of the politicians and technocrats charged with policing the single currency’.

One of the best authorities on the history of European Monetary Union and the European Central Bank, Marsh convincingly describes the core of the problem. European governments and the ECB wish to maintain the current system; no one wants to leave, because the costs are too high. So unfortunately it appears that the only alternative is for a European transfer union, involving the mutualisation of debt. I am against this solution, but this is the route on which we are embarked.

Over the years Marsh has proved to be one of the very best informed commentators on European monetary affairs. His close contacts with European officials and policy-makers particularly but not only in Germany have given him special insights. He spells out very compellingly how the contradictions at the heart of the whole concept of the euro make it near-impossible to resolve the crisis.

This is a well written book. Although I am more optimistic than David Marsh about the possibility of a political and economic solution to the euro crisis, he accurately identifies all the main problems facing Europe’s present leaders.

A concise and devastating analysis … a must-read for all in the world of finance.