Why it is important to have female faculty 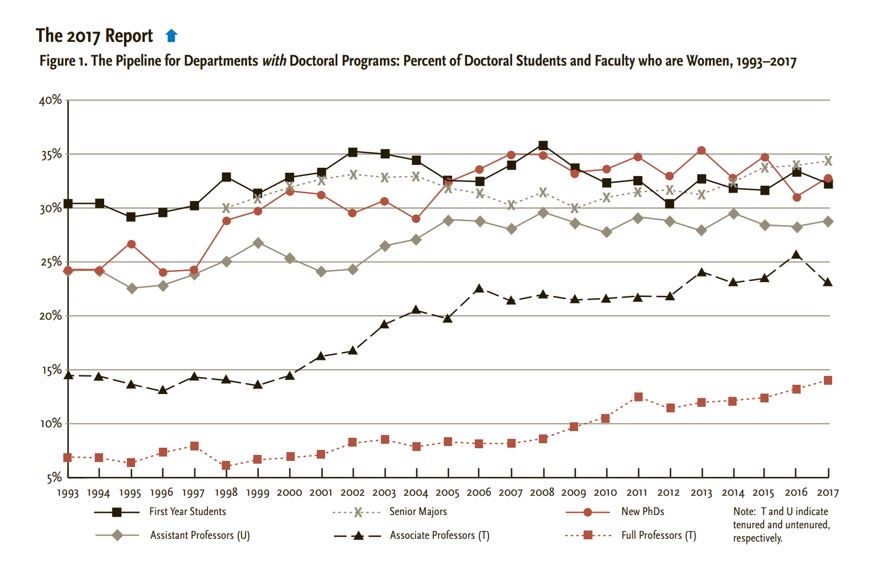 The distribution of women across academic fields is uneven, and this segregation appears persistent. Economics is no exception. Despite the increase in the number of female economists over the last few decades, women in economics continue to be underrepresented. In fact, while previous gains in the share of women in economics are making their way through the pipeline, resulting in the increasing share of women among senior faculty, the share of women among new Economics PhDs has stagnated since 2005 at around 35%.

In 2014, we published a paper (‘Gender ratios in top PhD programs in economics’) in the Economics of Education Review that shed light on this problem. There is robust evidence of the causal effect that the female faculty share has on the gender composition of the graduating PhD class. This explains the persistent underrepresentation of women in economics, as well as the persistent segregation of women across academic fields.

Using matched data on students and faculty of 10 of the top US economics departments during the 20 years prior to 2007, our paper shows that a higher share of female faculty has a positive effect on the gender composition of the graduate student body. We find this mechanism by disentangling employer gender bias from the causal effects of the gender composition of faculty. We analyse trends in the gender composition of faculty and PhD students in the top US economics departments. We then test whether there is a correlation between the share of female faculty in a given economics department and the share of female students in the entering PhD class. Upon finding positive correlation, we test for evidence of time-varying gender bias and whether there is a causal relationship between the share of women in the faculty and the share of women in the entering PhD class. To do so, we use an instrumental-variables approach where the instrument is the number of male resignations in a given department in the two years prior to a given year, which we match to age and publication data. Evidence of a causal relationship between the faculty gender composition and the share of women in the entering PhD class that is robust to the estimation technique, to alternative instruments, and to different sets of control variables.

There might be multiple reasons as to why having more women on the faculty helps increase the share of graduating PhD women. These include: the influence female faculty may have on admission decisions; the reduction in prejudice against women induced by the increasing share of female faculty; self-selection of admitted female students towards departments with a larger share of female faculty, either because they expect better mentoring or less discrimination, or simply because they prefer to work with women. Further research is needed to shed light on the exact mechanism behind the relationship we uncover.

Galina Hale is a Research Adviser in the Economic Research Department of the Federal Reserve Bank of San Francisco. Tali Regev is a Researcher and Lecturer at the Tiomkin School of Economics at the Interdisciplinary Center in Herzliya.

The views presented in this post are those of the authors and do not necessarily represent the views of the Federal Reserve Bank of San Francisco, Federal Reserve System, or any other person affiliated with it.