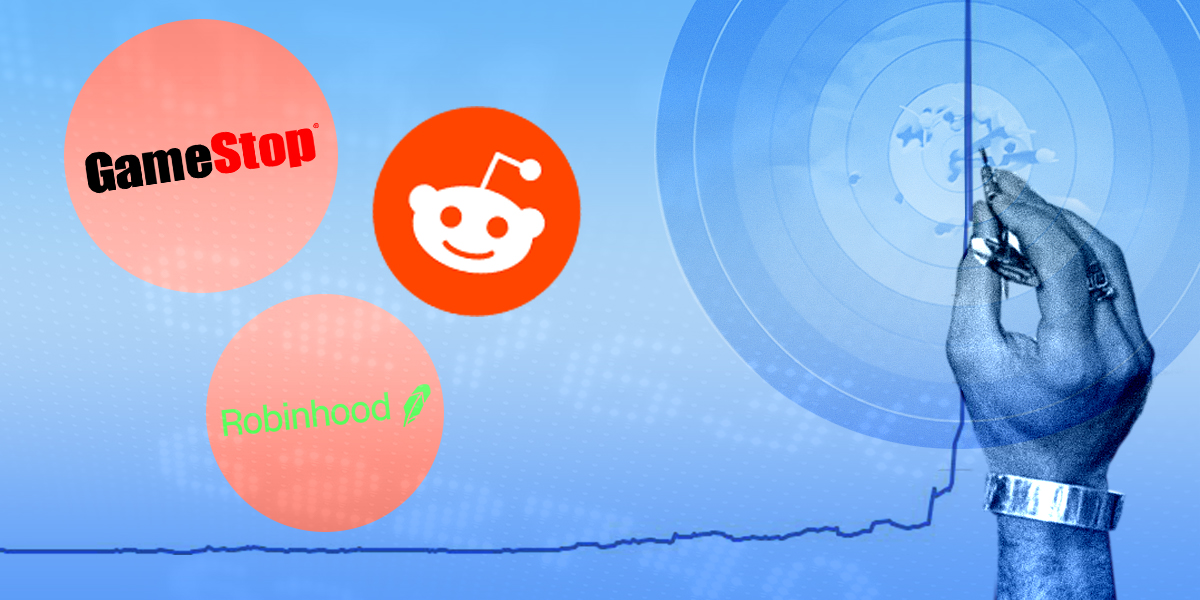 Shares in GameStop, a US video game retailer, ended trading on 27 January up 1,744% for the month – growing to around $350 from under $20. Hedge funds in the US are shorting the stock, selling borrowed shares of the company in the hope they fall in price. This would allow them to buy back and return the borrowed shares at a lower price, letting them profit from the difference. However, this seemingly common strategy was thwarted by groups on Reddit and Twitter who rallied together to purchase GameStop shares, spiking the price.

This caught hedge funds in a short squeeze, where they had to buy more shares to prevent significant losses, further pushing up the price. Melvin Capital, one of the hedge funds involved, had 30% of its value wiped off and has needed a $2.4bn bail-out to stay afloat. Hedge funds, however, are sticking to their strategy by continuing to short the stock, expecting the Reddit and Twitter groups will blink first.

US regulators have been compelled to act, monitoring the situation and activities of regulated entities, financial intermediaries and other market participants. Popular investing sites such as Robinhood and Trading 212 have put limits on trading of the company, much to the fury of retail investors.

Both sides of the US political divide expressed sympathy with the online groups. Democrat Representative Alexandria Ocasio-Cortez stated Robinhood’s actions were ‘unacceptable’ and that she would support a hearing on why it blocked small investors while rich financial institutions ‘are freely able to trade the stock as they see fit’. Republican Senator Ted Cruz tweeted that he ‘fully’ agreed with Ocasio-Cortez.

The ultimate losers are likely to be institutional investors which park their assets at hedge funds caught up in the short squeeze. With investing platforms scrambling to meet demand and manage risks, it is the day traders who have come out on top. At least for now.