Big tech ‘must not have a regulatory advantage’ 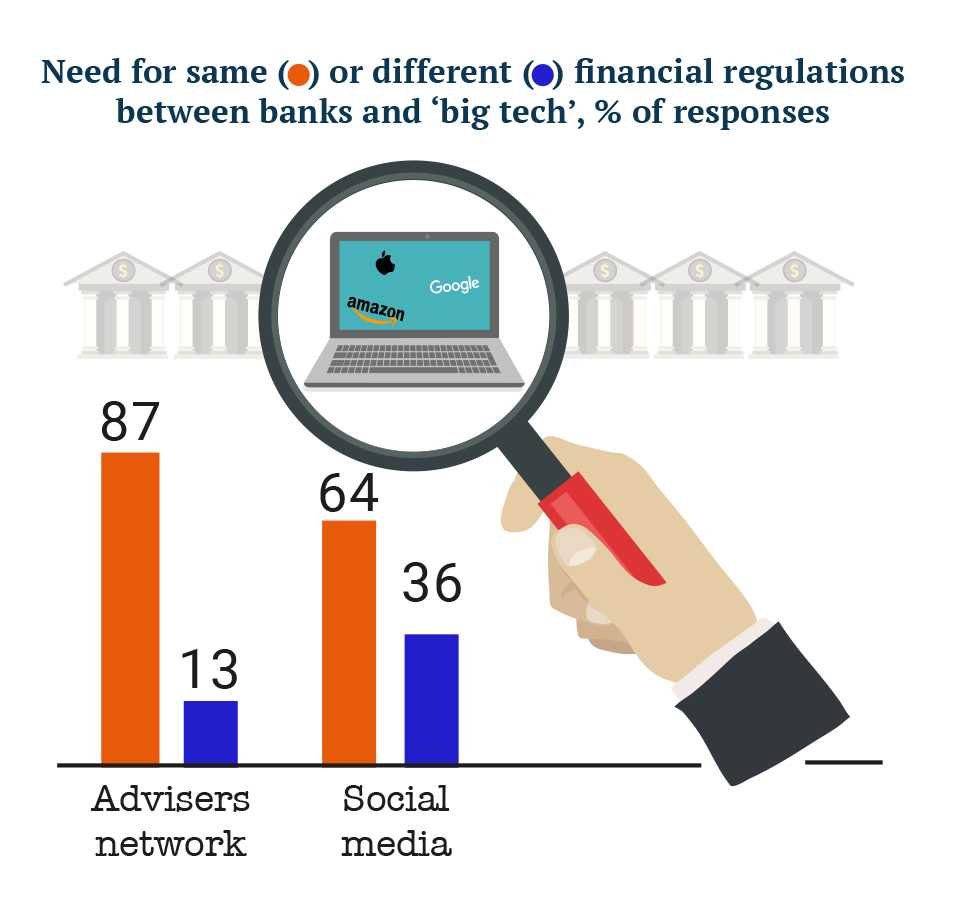 This month’s poll focuses on how best to regulate large technology companies and financial institutions. Participants were asked: ‘With companies like Amazon and Google beginning to offer similar services as banks, should ‘big tech’ be brought under the same regulations?’

Of those who responded to the advisers network poll, 87% believe there should be parity in regulation between the sectors. Many advisers made it clear that big tech businesses should not be allowed to evade certain financial regulations, especially in areas where user data are concerned. However, some expressed caution that over-regulation could stymie tech companies’ ambitions, stifiling innovation and variety for consumers. This is reflected in the 13% of advisers who suggest there should be differing regulations that take into account big tech’s unique characteristics.

The social media poll painted a similar picture, with 64% of respondents feeling that the two sectors should have the same regulations.

Big tech may need to be regulated the same way as banks. However, using regulations as unfair obstacles may restrict the entry of big tech in the banking industry.
Hans Blommestein, Vivid Economics

Big tech should be regulated, but on a considered basis, and taking into account the new risks (such as cyber fraud and hacking) that it presents, as well as more traditional risks posed by financial intermediaries.
George Hoguet, CFA

They need to be regulated, but the ‘same’ as other industries may not be appropriate. They should show intent if they wish to claim exemption as a tech provider.
Consuelo Brooke, formerly Soditic Group

It should not be a competitive advantage to evade regulations that protect consumers.
Irena Asmundson, California Department of Finance

All ‘banks’ should face the same regulatory regime. That said, the lighter, the better.
Steve Hanke, The Johns Hopkins University