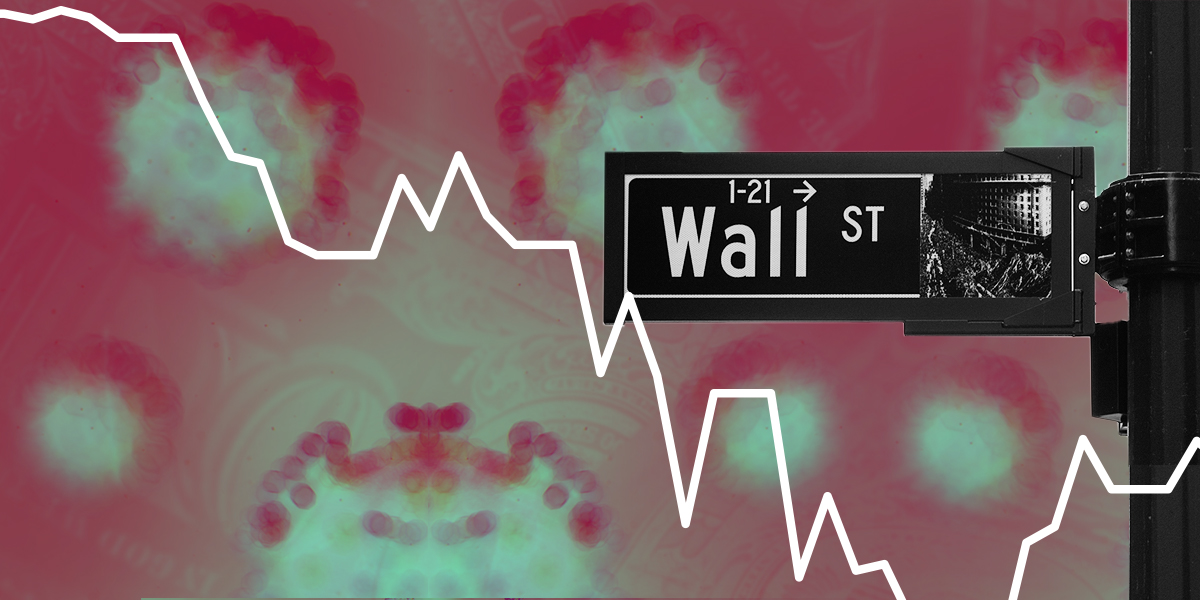 The Federal Reserve acted early to cushion the impact of the Covid-19 pandemic, but this has done little to calm the stock market. The S&P 500 closed on its worst first quarter ever, diving 20%.

On 3 March, just as the cumulative number of infected people globally approached 100,000, the Fed announced that it was cutting interest rates by 50 basis points to the range of 1-1.25%. The benchmark index had a muted response before continuing its downward path. The Fed took more aggressive action in its next rate cut on 15 March, reducing the target range to 0-1% and restarting its asset purchasing programme by committing to buy $700bn worth of Treasury and agency-backed mortgage securities.

On 23 March, the Federal Reserve announced that it was prepared to go beyond $700bn, essentially promising unlimited quantitative easing in response to the crisis. The following day, House Speaker Nancy Pelosi announced that Congress was close to securing an unprecedented $2tn fiscal stimulus package. The S&P 500 had one of its best days since 2008, rallying 9.4%.

The recovery was short-lived. The day the stimulus package was signed into law, the US overtook China as the country with the highest number of cases. Meanwhile, global infection approached 600,000. A week on, market confidence remains shaky as global cases hit the first million. 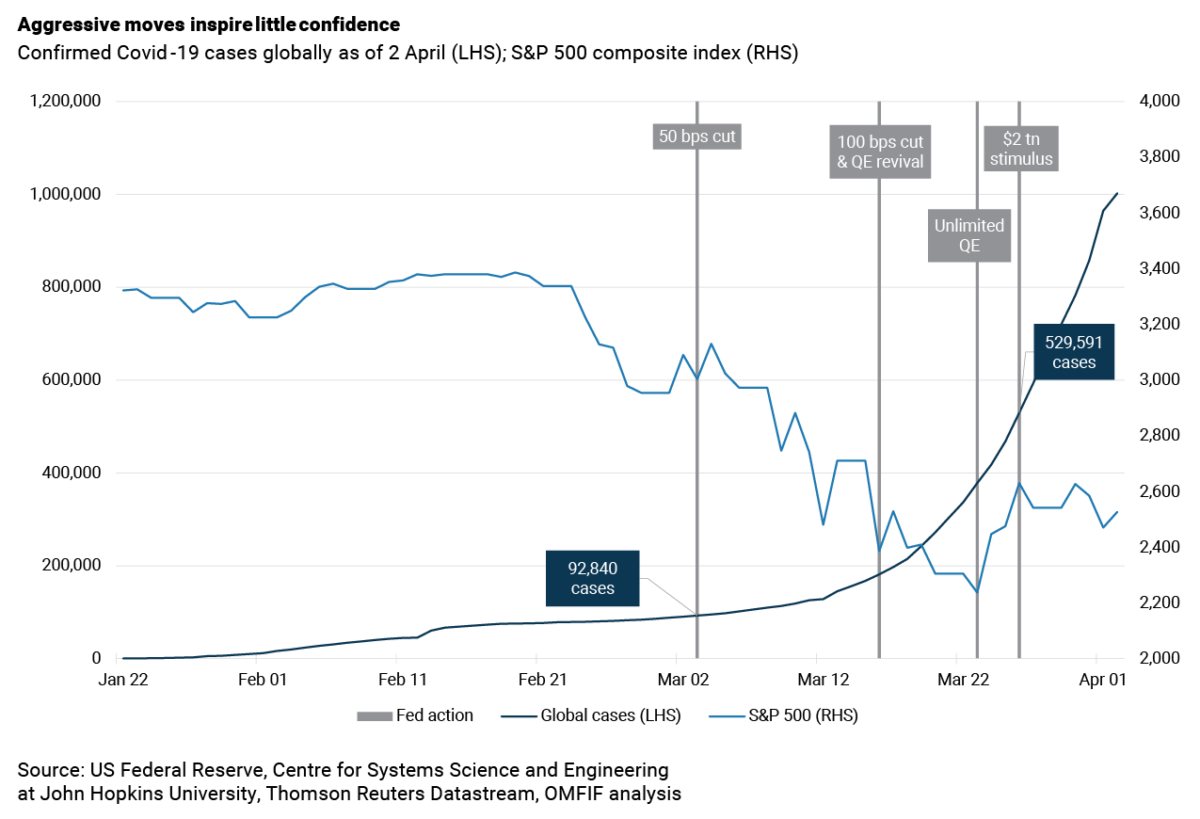