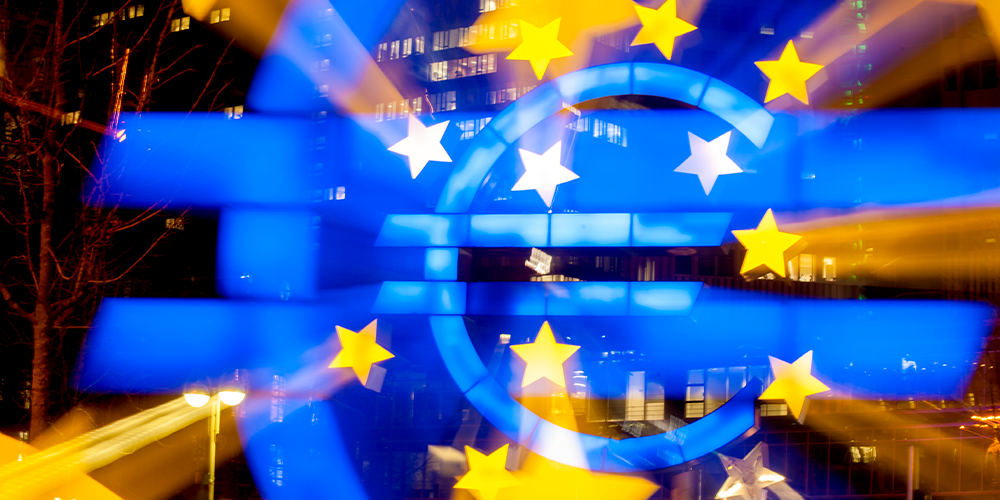 The European Central Bank’s asymmetric monetary policy approach, followed for several years, has now become a source of instability – the opposite of what its mandate decrees. At any sign of economic weakening, the ECB tends to lower interest rates aggressively. But when inflationary pressures rise, it sticks to a ‘wait and see’ policy, arguing that rising prices are temporary and inflation will soon return to the 2% norm.

After announcement of the 7.5% inflation rate in March, the highest since the euro began, this policy of vacillation has run its course and must now end. The right time for a strong message to politicians, the public and financial markets is at the 14 April press conference following the conclusion of the ECB’s two-day policy meeting. The ECB should immediately raise its minus 0.5% deposit rate to zero and prepare for bigger increases later. It should definitively end its asset purchases in the summer, strengthening the indications the governing council already gave at the last policy meeting on 10 March.

Such monetary decisions generally take time to work through to the economy. Clearly, we have to take into account the uncertainty generated by the war in Ukraine. However, the ECB badly needs to show that it is taking inflation seriously, in line with the treaty obligations governing economic and monetary union. This is a matter that goes beyond mere communication. Firm operational decisions are needed – without ifs or buts – to show that the ECB will no longer tolerate high inflation.

The March inflation numbers were a shock for many, but they were not truly unexpected. The dynamics of higher inflation were already apparent in summer 2021, long before the Russian invasion of Ukraine. The ECB should have acted then. Instead, it kept interest rates artificially low and stepped up asset purchases under the pandemic emergency purchase programme started in March 2020.

This is not just a question for Germany, habitually seen as inflation-averse. Inflation in Spain is running at 9.8%, against 7.3% in Germany. The dramatic rise in the cost of living was the biggest single factor behind the higher scores for the far right and far left in the first round of the French elections on 10 April. This is despite the French government’s policy of holding down energy prices, resulting in lower inflation than in Germany. Whatever government takes office after the second round on 24 April and the parliamentary elections, countering the fall in living standards will be a major political preoccupation for Germany’s most important European ally.

After years of claiming, with little foundation, that the euro area was facing deflationary dangers, the ECB’s answer to higher inflation has been prevarication. It first proposed that higher prices were only temporary as a result of post-Covid supply constraint. The bank then blamed the phenomenon on oil and gas price increases. In the meantime, inflationary dynamics have spread throughout the economy and have hit households with full force. The ECB has neglected to point out that a decisive factor for durable price rises is the long-held policy of undue euro area monetary expansion, accompanied by negative interest rates and with €4.5tn of excess liquidity.

Christine Lagarde, the ECB president, has changed her tone slightly by admitting the forces behind inflation have changed compared with pre-Covid times. Many factors indeed point to future higher price rises. In the short term, the ECB’s policy of hesitation, a big contrast with the US Federal Reserve, has weakened the euro, leading to higher inflation through more expensive imports. Structural factors such as an ageing population and deglobalisation tendencies towards shorter supply chains – which are likely to be sharpened by the Ukrainian war – will also lead to higher prices.

All this will lead inevitably to bigger wage demands. Trade unions will not be content to follow ECB advice that price strains will soon abate. Unless the ECB acts quickly and decisively, its inaction could trigger a wage price spiral which could be stopped only with more energetic and painful policies. The ECB has argued that, if second-round effects take place, higher wages will be a one-off episode This flies in the face of real-life experience. Higher wages mark not the end of the process but the beginning.

The ECB faces the biggest challenge for any central bank: that it could become, in itself, an important risk factor. The time has come to brake the loss of trust in the ECB and in the stability of the euro. Action now is required, not words. The longer the ECB waits, the steeper and more thorny the path ahead.