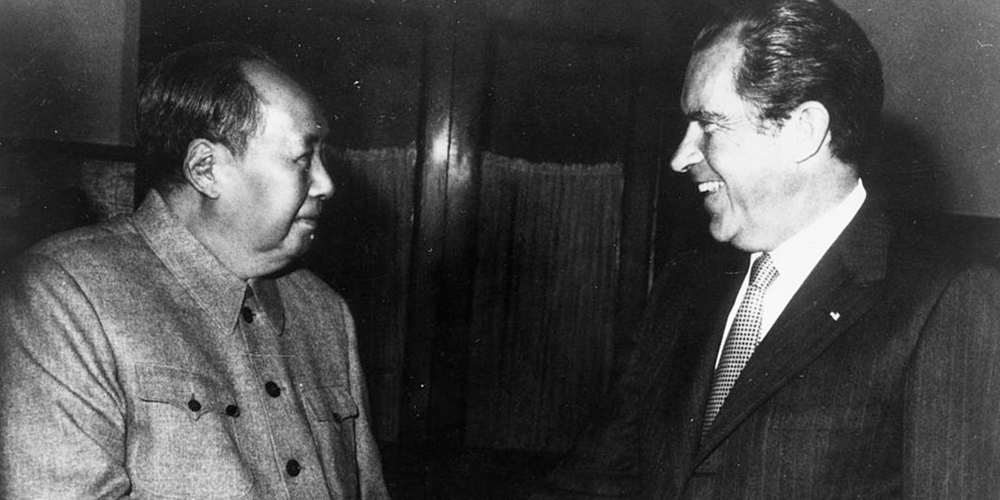 How countries have used Nixon’s gift of monetary sovereignty

President Richard Nixon, in his TV address on 15 August 1971, announced unilaterally that America was reneging on the gold-dollar link. The consequences remain with us today. Nixon gave countries their monetary sovereignty. It was up to them how to use it – with strikingly different results over the past half century.

With the ending of the Bretton Woods system of fixed exchange rates, a phenomenon of individualised currency systems previously unknown except during years of European wartime exceptionalism has now become embedded into the worldwide landscape. China, pursuing a hybrid state-driven yet market-orientated policy to promote the renminbi’s international role, is today following a broad path Nixon set 50 years ago.

The consequences of the August action, just six months before the president’s ground-breaking visit to China in February 1972 (described by Nixon as ‘the week that changed the world’) were hardly contemplated at the time.

Eddie Yue, chief executive of the Hong Kong Monetary Authority, playing another hybrid role as a financial gateway to China at a time of Beijing’s increased assertiveness over the territory, gave an update on the renminbi’s status in a wide-ranging OMFIF briefing on 5 August.

Yue spelled out the ‘market-driven’ basis for the renminbi’s international ascent, pointing to the importance of issues like hedging instruments for managing risk, as well as sufficient investment products – now being rapidly expanded because of Chinese state policies.

Further market factors buoying the renminbi included its ‘yield pick-up’ compared with the dollar, Yue said, as well as portfolio diversification demand driven by the lack of correlation between renminbi and non-Chinese assets. A crucial question is ‘how fast and how well we build the infrastructure and markets and products’.

Nixon’s 1971 announcement represented the most fundamental change to the international monetary system ever wrought by any president. He reneged on America’s solemn post-war promise of gold-dollar convertibility, demonstrating that America was bound by neither conventions nor promises, and unleashing a whirlwind of forces reshaping the global economy. Paul Volcker, later chairman of the US Federal Reserve, who took part in the 1971 actions as a US Treasury official, looked back at the landmark moves in an anniversary lecture in 2011, inaugurating the OMFIF ‘golden series’ of reflections on the world economy.

The outcome of the suspension of the dollar’s convertibility – which Nixon described as ‘temporary’ – was largely unsuspected and unplanned. Milton Gilbert, the acerbic US economist who was economic adviser to the Bank for International Settlements in 1960-75, wrote drily, ‘It has never been made clear what results were expected from these measures, or indeed if there were clear expectations… Nixon said that the US would co-operate with the IMF to reform the international monetary system, but it was not contemplated that the reform would rule out the norm of fixed exchange rates.’*

Gilbert somewhat overdid his disdain. It was clear that the US was anxious to counter its trade deficit and rising protectionist pressure at home. The Nixon administration, and especially John Connally, the treasury secretary, was concerned that Europe and Japan were taking advantage of the US despite American leadership in maintaining global stability after the second world war.

Until the Nixon shock, there were no fully-fledged markets in foreign exchanges. Until 1914, fixed exchange rates ruled for every currency in the gold standard. Basing currencies on silver clearly marked countries as a second-grade economic power. The fluctuations in the price of silver relative to the fixed price of gold provided one of the few diversions for speculators.

The August decision changed the geography of world manufacturing. It followed an inflationary surge in the late 1960s which was blamed on the wage bargaining process across the developed world. With the delinking of the dollar and gold, and the consequent rise in the oil price, western manufacturing became less economic, and capital went to Asia in search of cheap labour and overall lower costs. The Asian miracle followed with South Korea, Singapore, Taiwan and Hong Kong emerging as ‘new industrial tigers’.

As Asia became an attractive destination for western capital, the most stunning surprise was China’s emergence as a major economy, within a generation after surviving the severe effects of Maoist fantasy economics. In 1998-2007 China registered the fastest-ever rate of economic growth, something not supposed to happen in a totalitarian economy. For those 20 years, capitalism in advanced countries enjoyed a bonanza which is hard to forget and now painful to remember. The US and Nato won the cold war. The Berlin wall fell. The Soviet Union, the dream country of millions of third world people, collapsed.

Asia’s industrial revolution was a healthy development for progressive redistribution. Poverty rates declined dramatically across Asia. The counterparts – hollowed-out parts of western industry – were camouflaged by cheap credit, a later side-effect (from the early 2000s onwards) from the Nixonian gift of monetary sovereignty.

How have other countries used their monetary powers? Japan remains in many ways linked to the dollar and is heavily dependent on the American defence umbrella, more so in view of the rise of China. Germany recovered its monetary freedom after the demise of Bretton Woods. But Chancellor Helmut Schmidt was so terrified of the potential side-effects of re-emerging German monetary sovereignty that he decided to pool it with the French, then the other Europeans in the currency ‘snake’ and then the European Monetary System. This morphed into the euro after German unification, reflecting the desire of both Helmut Kohl and François Mitterrand to bind Germany irrevocably to the west.

The UK, as ever, is out on a limb – potentially squeezed (as Roy Jenkins, former British chancellor of the exchequer and then European commission president, forecast in the 1980s) between the dollar and the new European currency. To protect its monetary sovereignty, and to avoid any repeat of Black Wednesday in September 1992 when it ran out of reserves, the UK has quintupled its official monetary reserves in the past 20 years.

As many US commentators point out, the renminbi’s eventual international status will depend on whether it can come close to replicating America’s wide, deep and trusted financial markets. Mark Sobel, OMFIF’s US chairman, argues: ‘It’s not in China’s interest to pursue a global financing and reserve role for the renminbi until it makes major strides in strengthening its financial system, revamping its growth model and giving up control.’ However, latest Chinese actions – including setting prescribed channels for capital to leave the mainland to flow into global wealth management products – demonstrate that extending the renminbi’s global reach is part of a long game.

Given China’s 30-year track record, there is no reason why Beijing policies should not combine gradual market opening and continued state control, including occasionally arbitrary regulatory intervention. A maintained Chinese path to the renminbi’s global rise – and a concomitant increase in the country’s overall financial and economic power – would be the ultimate legacy of Nixon’s August revolution.

David Marsh is Chairman of OMFIF. Meghnad Desai is Emeritus Professor of Economics at the London School of Economics and Political Science and Chair of the OMFIF Advisory Council.