Liquidity in times of crisis 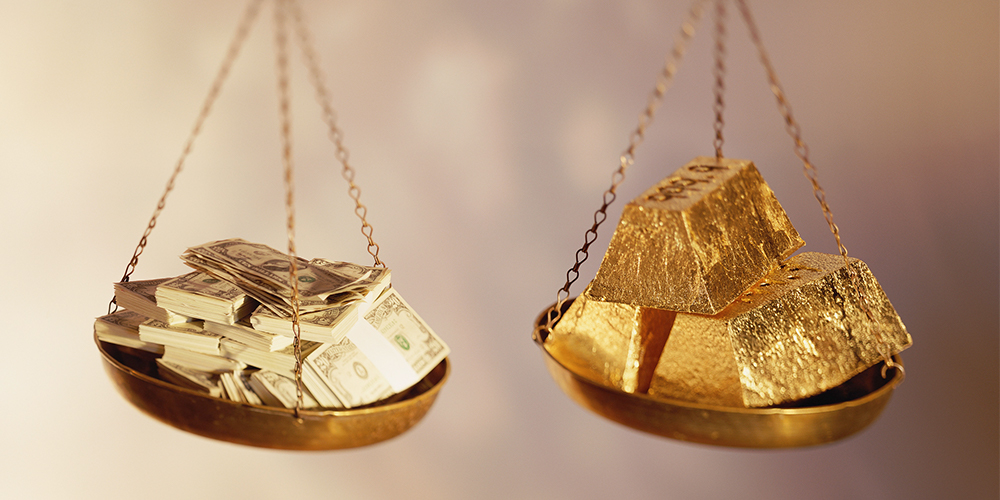 The advantages of holding gold and inflation-protected government bonds

Stefan Beiner is head of asset management and deputy CEO at PUBLICA, Switzerland’s largest pension fund. He spoke to OMFIF for the 2021 edition of Global Public Investor. This article is an extract of the longer conversation.

Pierre Ortlieb: What do you think about government bonds in the continuing lower for longer environment? What is their continued role, if any, in your strategic asset allocation?

Stefan Beiner: We are just starting a review of our long-term investment policy. This has four elements. The first element is that we review or challenge our investment beliefs, which is done every four years. Then we analyse long-term trends, a process in which we consult experts on monetary and fiscal policy. We aim to come up with three to five long-term trends that could have an effect on our asset allocation. Third, we analyse five permitted asset classes and decide whether we should include them in our optimisation process. And the last point is setting the risk budget: we ask whether we should increase or lower it. There are arguments for both sides. We’re trying to finalise this review by the end of October.

Within the long-term trends, there is also a question about the future of government bonds. Now, to give you my personal view: we are an asset liability manager with long-dated liabilities in the Swiss franc. Government bonds will always have a role in our portfolio. And even as a liquidity provider, we have a slightly negative cash flow every single month, compared to the average pension plan in Switzerland, which has a positive cash flow. We have a negative one due to the fact that we have quite a number of closed pension plans. And therefore, due to liquidity and diversification, and especially due to liability matching reasons, government bonds will have a role in the portfolio.

However, you’re right: does it still make sense to have this allocation? It’s quite large and we have to challenge that. Over the last eight years, we’ve reduced our investment in government bonds and invested 10% of that in private debt. Within private debt, one part is in infrastructure debt, one part is in real estate and the third is in private placements. So, the answer is yes, we will review it, but it will never be zero. It will be material – that’s my guess – but most probably it will be lower than today.

PO: What is your thinking on inflation? And more specifically, the role of inflation-protected sovereign debt? Is that something that you envision playing a greater role in the future?

SB: Compared to other pension plans in Switzerland, we have a larger allocation to inflation-linked bonds, and we also have an allocation in gold and precious metals in general. I think it’s kind of an all-weather allocation. It tilts to the liability matching side, but that’s because our forecasting capabilities are quite limited. We want to be prepared for a higher-than-expected inflation environment, but also for a lower one. While it’s an obvious answer, uncertainty around inflation has increased. We have this closer relationship between fiscal and monetary policy and huge policy measures, unseen in my lifetime, and there might be other pressures on inflation in the medium term – when we have reached full capacity, at least.

On the other hand, we have a huge amount of debt, and increased interest rates could trigger a kind of deflationary spiral. I truly believe that as we are coming out of a really disinflationary environment, the distribution of probabilities of higher inflation has widened compared to previous years. And therefore, going back to your question, yes, the role of inflation-linked bonds and real assets in general is very important going forward.

PO: How do you think about gold when constructing your SAA? I think it’s relatively rare for a pension plan to hold that much precious metal.

SB: Within precious metals, our gold allocation is above 90%. We have gold and silver. Physical gold makes up two-thirds of the allocation and another third is over an excess return swap.

So why do we have gold in our portfolio? One reason is geopolitical risks: in an environment where geopolitical risk rises, it serves as a kind of safe haven. And there was a period, a year ago, where it was hard for us and the investment community as a whole to sell US treasuries for around seven working days. But we could sell gold every single day. So, there’s also a liquidity reason for holding gold, because over the last few crises, it has remained quite easy to sell gold.

PO: So, in times of stress, you find that gold is more liquid than even treasuries?

SB: I wouldn’t generalise that, or at least, I hope it’s not true for the next crisis. Usually I sleep pretty well, but in that week in the middle of March where it was really tough to sell US Treasury bonds – well, it was a very exceptional week. But basically, gold is an additional source of liquidity. I wouldn’t expect it to be more liquid than US treasuries in a normal crisis, but it’s quite liquid. And it’s also a partial inflation hedge, depending on what kind of inflation we have.

PO: You mentioned the episode in March, and the disruption in the Treasury market. Did that cast any doubt on the status of treasuries as a safe asset for you?

The experience of March 2020 showed the importance of holding more than just one asset class that is highly liquid. For example, we have a 3% cash asset allocation, and obviously you can always ask if that makes sense from a return point of view. However, this illiquidity event proved that it’s important to have cash as part of our asset allocation. G7/G10 government bonds remain important as well. We are less invested in Swiss government bonds in percentage points than other Swiss investors and I think that was shown to be the right choice, at least in this crisis.

This article was originally published in OMFIF’s Global Public Investor 2021.