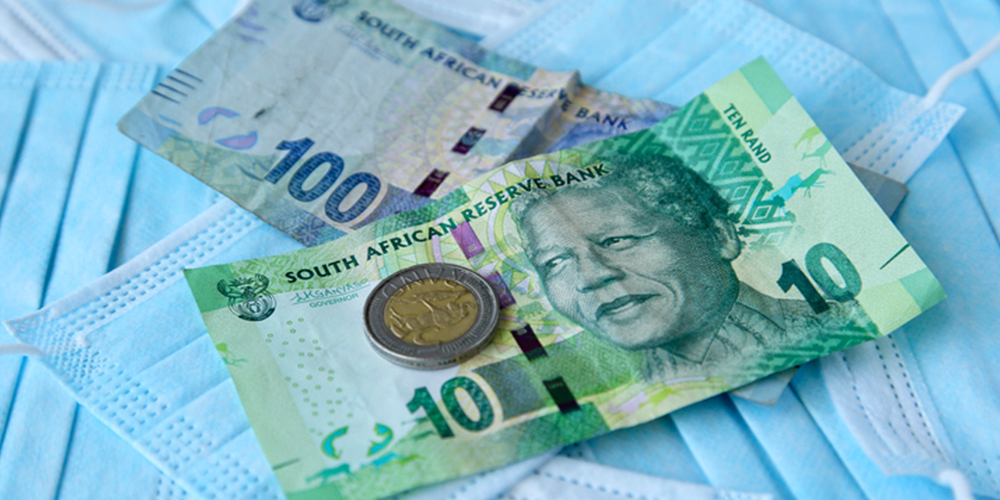 This October, OMFIF and Absa launch the fifth edition of the Absa Africa Financial Markets Index, the region’s financial market development benchmark. South Africa, the index’s top scorer, is steering through the Covid-19 crisis better than initially expected. Its fiscal deficit is lower than was predicted at the beginning of the pandemic, and the country is projected to experience a more robust recovery in 2021.

At a meeting hosted by OMFIF in May, a prominent representative from the central banking community said, ‘The Covid shock that hit the South African economy found an economy that was already in a recession,’ having undergone a meagre growth of 0.15% of gross domestic product in 2019, down from 0.79% the year before.

The South African Reserve Bank responded to Covid-19 through a range of conventional monetary policy instruments. The policy rate was reduced progressively during the pandemic, and has remained at 3.5% since July of last year. SARB provided liquidity to the money market by extending its repurchasing facilities. The monetary authority announced a temporary relief on capital requirements and reduced the liquidity coverage ratio. To incentivise the flow of credit by banks, SARB issued guidance to provide debt relief to borrowers. With the Treasury, a loan guarantee scheme was introduced to provide government-guaranteed loans to businesses. And to ease liquidity strains in the bond market, the central bank purchased government bonds worth around Zar32.6bn.

The government deployed several fiscal policies to counteract the economic effects of the pandemic. These ranged from funds to assist the unemployed and small- to medium-sized enterprises, to tax subsidies for low-income households and increased budget allocations for public work programmes and the health system.

This response led the Treasury to initially forecast a budget deficit of 14.7% of GDP for the 2020-21 fiscal year. However, the shortfall reported in March 2021 was 11.2% of GDP, around 350 basis points lower than initially estimated. ‘What that meant was that the vulnerability of the South African economy was reduced,’ affirmed one monetary policy expert.

As the rollout of vaccines began in advanced economies, confidence returned to the global economy. With reviewed outlooks for economic growth, commodity prices began to recover. South Africa’s commodity price exports outperformed imports, resulting in positive trade shocks and enabling South Africa to record its largest current account surplus in over 30 years. This was due to the government spending Zar16.2bn less than expected and the fact that, for the first time in five years, the Treasury was able to raise more revenue than estimated. In the words of a member of the central banking community, ‘You’re seeing credibility returning to fiscal management’.

SARB reviewed its growth outlook at the end of May. The central bank expects a 4.2% GDP growth in 2021, up from the 3.8% it had previously estimated. ‘The stronger growth forecast for 2021 reflects better sectoral growth performances and more robust terms of trade in the first quarter of this year’, explained Lesetja Kganyago, SARB’s governor.

South Africa’s stock market has also shown an above-average performance. The FTSE/Johannesburg Stock Exchange All-Share Index, which represents 99% of the full market capital value of all ordinary securities listed in the JSE, has increased 28% since the end of October 2020.

After a sharp depreciation during the early months of the pandemic, the rand has appreciated by 11.4% against the dollar since the beginning of March. ‘The currency recovered all the losses it had experienced during last year,’ stated one monetary policy expert.

Consumer price inflation hit a 14-month high in April, jumping to 4.4%, the highest inflation rate since February of last year. Despite this, at the SARB’s meeting in May, the vote was unanimous in maintaining the accommodative monetary policy and keeping the repo rate at the all-time low of 3.5% for the fifth consecutive meeting. The inflation forecast to 2023 reveals that SARB estimates it will remain within its 3% to 6% target and is likely to meet the 4.5% midpoint.

According to one central bank member, ‘The key risks of inflation are basically the oil price and international food prices, it’s not domestic […] Although the economy will be growing at 4.2% there is still significant lag in this economy, there is still a significant negative output gap.’ Domestically, much uncertainty remains around how much of the potential economic growth was eroded due to the pandemic. In the past, unit labour costs have also been an internal risk to inflation. In the opinion of one monetary policy expert, ‘The current wage demand is trying to take off from what we had before the shock.’ If this materialises and leads to wage growth, it could bolster inflation in South Africa again.

South Africa has undoubtedly discovered some hidden strengths during the pandemic. However, economic recovery is still vulnerable. OMFIF’s Absa Africa Financial Markets Index will analyse these and other developments that have taken place during the past year in the financial markets of South Africa and 22 other countries from the region.