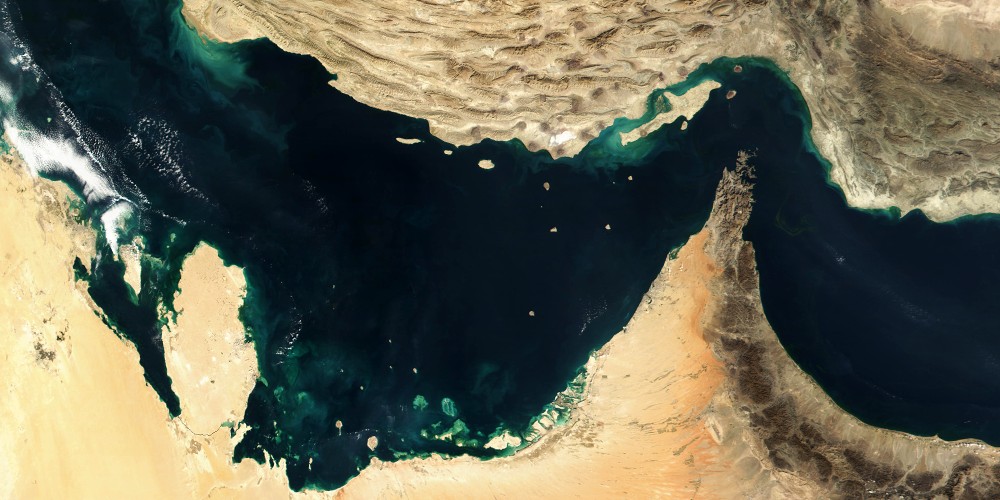 It was once conventional wisdom that the US had a near-vital interest in keeping open the strait of Hormuz, the slender shipping lane dividing Iran and Oman. Underpinning this belief was the US’s position – and that of allies like Japan, South Korea and Europe – as a substantial net importer of fossil fuels, and Washington’s military role in the Middle East. The picture is a little different at the start of 2020.

This year the US becomes, for the first time since 1953, a net energy exporter. This makes dedicating incredible resources towards the Hormuz strait, through which 21% of global petroleum liquids passes, economically ill-judged for Washington. Those liquids are sold in competition with the US’s own production and keep the oil price relatively low. The buyers compete with the US on the global market for goods and services; more than 80% of Japan’s imported oil and 82% of South Korea’s travel through the strait.

Europe, like the US, has become less dependent on the Gulf. For both oil and gas, Russia and Norway are the leading exporters to the old continent, while less than 10% of such imports come via the Gulf.

China is one of the principal beneficiaries. More than one-third of China’s oil imports comes from Gulf states, especially Saudi Arabia, Iraq and Kuwait.

In 2003, then President Hu Jintao called attention to China’s ‘Malacca dilemma’, signalling Beijing’s interest in safeguarding the straits of Malacca, the critical passage connecting the Indian Ocean and South China Sea. Given its dependence on Gulf oil, the Hormuz strait could likewise be considered strategically central for China.

Beijing is a geopolitical player in the Gulf. Like other countries, its position does not align with Washington’s. China is among the select group that in 2015 negotiated the Joint Comprehensive Plan of Action, more popular called the Iran nuclear deal. Since the US withdrawal in May 2018, China, like the Europeans, has tried to keep the deal alive. It is unclear exactly how far China has gone to comply with US sanctions on Iranian oil exports, but, from what can be seen, cuts have been substantial.

Until recently the US viewed its bases in the Gulf as a platform for possible military intervention in the light of its confrontation with Iran, Israel’s ever-tense relationship with other countries in the region, and the ‘war on terror’. But Washington’s geopolitical interest seems to have waned. The withdrawal of US troops from northern Syria casts doubt on the firmness of its other ‘strategic commitments’ in the Middle East. US-Iraq relations have soured. President Donald Trump’s pledges to the region ring hollow.

Iran’s interests are equivocal. It is heavily dependent on oil exports. Between 2010-15, its economy was stagnant. After the nuclear deal was struck, growth soared to 13.4% in 2016 – a consequence of a major ‘oil bounce’ – and remained positive in 2017. The US withdrawal precipitated a 4.8% contraction in 2018, according to the International Monetary Fund, which forecasts a further contraction of close to 10% for 2019. It must be debilitating for Iran’s leaders to choose between renegotiating the nuclear deal, which would reopen the strait to its oil exports, or refusing to renegotiate, risking falling living standards and popular dissatisfaction.

The resumption of ‘business as usual’ in the strait would be a tremendous boon for Iran. For the US, it would be an economic inconvenience. The consequence of all this strategic posturing is further instability in an already volatile region – such conditions cannot last long.