Something shifting in German fiscal state

Something is shifting in the fiscal state of Germany. Several factors are pushing Europe’s largest economy towards jettisoning its long-cherished ‘schwarze Null’ (black zero) commitment to balanced federal budgets. The motivations include changing coalition arithmetic in Berlin, a second-quarter economic contraction (and fears of a repeat in July-September) and growing worries about Germany’s large structural challenges in energy policy and digitalisation. Additionally, officials and ministers now realise the government can borrow huge sums on the bond market for 30 years at zero or negative rates – and the funding can be used to renew physical and social infrastructure, under strain for years.

Realisation has been a long time coming. Germany’s economic partners and rivals, as well as the International Monetary Fund and Organisation for Economic Co-operation and Development, have been lecturing the country for years about the need for more expansionary fiscal policies. The debate in Germany has moved agonisingly slowly. Now it is heating up.

Olaf Scholz, finance minister, vying to become co-chair of his ailing Social Democratic Party (junior partner in Chancellor Angela Merkel’s troubled conservative-led coalition), proposed last weekend a €50bn (1.5% of GDP) stimulus package in case Germany hits a severe downturn later this year. There are scant details. Scholz’s ideas are a collection of old and new measures, short- and long-term, including tax cuts and extra spending – essentially symbolic, highly conditional but symptomatic of a change in thinking. ‘We wanted to show we are ready, unlike in 2008,’ as one official put it. ‘The €50bn is a number of measures including on the investment side. This has green components, including measures for buildings, cars, CO2 pricing.’

Scholz is anxious to show, like his predecessor Wolfgang Schaüble, sound stewardship of Germany’s finances. But he also wishes to display a swing to pragmatism. Schaüble wanted to set a ‘virtuous example’ for the rest of the euro area, ‘not an economic but a symbolic argument’, says one official. ‘Recent utterances by the Federation of German Industry, German chambers of commerce and so on are new factors. If the business community says we are in trouble, this has an effect.’

At the same time Scholz is much more in favour than Schäuble of boosting Frankfurt’s financial presence in areas like green bonds. The swing in attitude is summed up by one official: ‘If we need the money then we will borrow it.’

In fact, German fiscal expansion is already under way, measured at between 0.4%-0.8% of GDP this year on different definitions. This is reflected in a fall in the excessively large general government financial surplus (measured by the OECD) to 0.9% this year (due to fall only slightly to 0.8% next year, on unchanged policies, according to the OECD) from 1.7% of GDP last year.

Changes are happening by stealth rather than through proclamation. A large number of off-budget special purpose vehicles, such as the €35bn refugee fund or a separate fund for climate and energy policies, have reduced the significance of the ‘black zero’ commitment. ‘The schwarze Null will be abandoned implicitly or explicitly, reflecting the large number of SPVs,’ says one official.

This lack of headline policy change reduces Merkel’s ability to reap international political goodwill, but eases the transition for her ideologically disparate coalition partners. Criticism of Germany’s excessive saving – mirrored in the current account surplus still at 7% of GDP, down only slightly from 2015-17 highs of above 8% – will continue, not least from President Donald Trump. Further, officials say the move away from fiscal austerity is unlikely significantly to help demand-constrained southern European countries such as Italy or Greece.

Increased fears about the possible costs to the German economy of an unregulated UK exit from the European Union, along with general uncertainties about the world trade slowdown, are helping behind-the-scenes moves towards a more expansionary fiscal policy. Any action later this year is highly unlikely to represent more than 0.5% of GDP. ‘We are talking about sustainable government policy, not about short-term expansion measures. We are not talking about a stimulus programme now, however that could change if the third quarter shows negative growth too.’

All this could catalyse the debate about spending on German infrastructure. One official says: ‘Leaving aside the economic situation, the objective case for a large-scale investment scheme is very powerful. A large-scale investment programme over several years would have a positive impact by preventing infection of the domestic economy from foreign uncertainties.’ 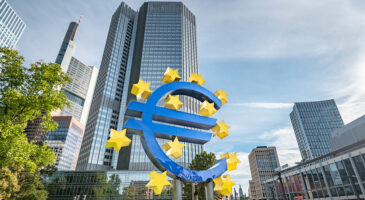